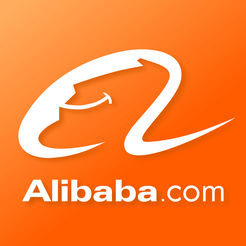 I was reading about the history of Alibaba and its founder Jack Ma. He’s a fascinating character. Though he runs one of–if not THE most–successful e-commerce sites in the world, his background is not what you would expect. What did he do before Alibaba? Education. Yeah, Jack Ma was an english teacher.

Though China is still a communist country, and consumer spending only made up around 1/3 of the economy in 2015, there is a massive shift in the consumer culture with predictions of consumer spending reaching 44% of the GDP by 2020.

Spearheading the consumerism shift is Alibaba. In 2014, when Alibaba went public it broke records as the largest IPO in history. So what is the key to this company’s success? Great customer service: “Another success factor of Alibaba is called “Xiaoer.” Xiaoer is literally a team of customer service representatives who have the power to mediate any disputes. They also have the authority to manage and control vendor’s performance and invite top performing vendors to participate in the new marketing campaigns.”(SupplyChainOPZ). Having a large team of openly available customer servant reps keeps the focus on the consumer and reduces the space between the consumer and the vendor. From what I understand, vendors can adapt to consumers on an almost individual basis, and are able to haggle with them and capture a larger surplus.

Alibaba’s philosophy is “Customers first, employees second, and shareholders third.” A different approach to what we see in most publicly traded American companies that put shareholders above all else. Ma’s reasoning for this priority list is keeping happy customers and happy employees will make a better company, which will in turn help shareholders. Now, a company like Alibaba earns billions in annual revenue. How are they supposed to keep their customer’s happy? This is where we get back to the title of this post. Shrimp. At the time Duncan Clark’s book on Alibaba published in 2016 he wrote how Jack Ma was able to please an overwhelming majority of his consumer base by focusing on keeping his smallest customers happy. By maintaining Alibaba’s free and affordable services they never lost the foundation of their consumer base.

Now, obviously a person could write more on Alibaba and its successes. As mentioned in the above paragraph there’s an entire book on Jack Ma and the history of Alibaba, but I just wanted to focus on his shrimp. His commitment to never forget the individual who did not have the largest means to spend on his site. By maintaining, and building on what made him successful in the first place, and never forgetting his core values (the mantra stated at the start of the paragraph above) Alibaba has become one of the largest and most successful companies in the world.