Some of you may have kept up with my Goodreads updates but for those of you who haven’t, I am releasing my next book Beds Are For Flowers on October 17th. Today is an exciting day because I am revealing the cover! 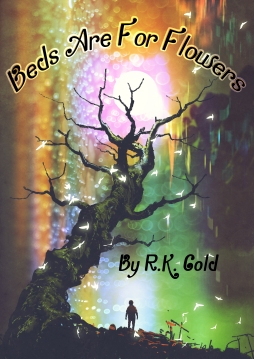 I’ll release the blurb this weekend!

Well, it finally happened. One of many nightmares indie authors have. The original stock photo I used for my Third Life cover was being used by another author with an upcoming release. This author private messaged me and after revealing she purchased hers as a premade I decided to just make a new cover so neither of us had to show up to the ball wearing the same dress. It was a fun experiment for me. I’m not the most artistic person but I know how to have a little fun on photoshop.

I went to unsplash.com and found a stock image that I thought looked pretty creepy. It also perfectly captured the gridded and high walled streets in the Formation (the main tribe in Third Life). From there I removed the person in the image and put the figure in a new layer so they stood out a little more, since they’re the only individual who steps out of line in the Formation. I really played up their individuality by upping the crap out of the contrast.

I added the three hearts over their head–you’ll find out why when you read the story. . . screw that you’ll find out now, everyone in the Formation gets three lives. (wait I might’ve mentioned that in my last post anyway lol).

I cropped the sky because it was too bright and distracting and added the text, messed around with the layers until I got a cool reflection under the title and bam! I have a new book cover.

What do you guys think of it? 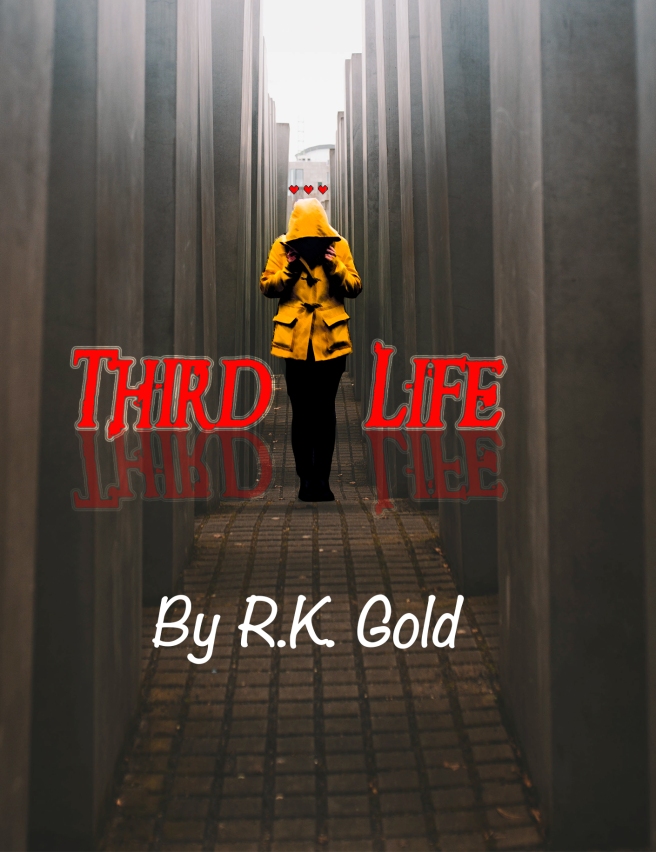